The nineties could best be described as a great refraction of light for Glenda.  Indeed, this decade was initiated by fire.  On Christmas Eve, just before the turn of the decade, her home was engulfed in a fire that destroyed the whole of her household property and also a number of major paintings from her personal collection.  This devastating turn of events significantly reduced her material prosperity, but ironically expanded her conscious wealth both in height and depth.  In this decade she would express herself and reach for answers in ways that classical painting could never have fully satisfied.

Her first order of business, in order to replenish her collection and keep galleries supplied, was to master a new and quicker medium than the old master style of oil on canvas.  Of course, it was also necessary to maintain compatibility with the style of her public recognition.  She chose a mixed media combination of water-color, colored pencil, and chalk.  This way she could achieve both the softness and crispness characteristic of her oil paintings.  Within the first two years of the nineties, her work was a softer and more detailed version of her successful eighties style.

These were light-filled years, focused more on the field of consciousness from which our visions come than on material surfaces reflecting perceptual stimulation.  If there was one common denominator for this period, it would be that.

In 1992 an extraordinary connection with Higher Consciousness would result in a consummate creation that would utilize, summarize and epitomize all of her previous ability.  This was her visionary painting of Jesus Christ entitled “The Lamb and The Lion.”  This is now one of the most celebrated and internationally recognized portraits of Christ.

This did not come, however, without a price on Glenda’s career as a painter.  The next decade would be heavily involved in sharing with the world the nature of her visionary experience, along with the spiritual, intellectual, and philosophical discourses of that connection.  Before ten years would pass, she would have two internationally best-selling books in eight languages filled with inspirations from this event.  She would reinstate her former skill in teaching, and expand further into the art of writing and public speaking.

Glenda would continue to paint in this period, with many lovely and inspired works.  However, most of her paintings at this time were more illustrative of her explorations into spirituality and consciousness than instigations of visual originality.  Once the new millennium rolled into place her explorations of consciousness would have masterful consequences for the creation of a new vision of landscape—indeed, of how we create and integrate all perceptions of space!  For now, she was expanding her dialog with life.

While a new slant on life was percolating, Glenda’s solid esteem and reputation with collectors and critics remained strong.  In 1998 she would be awarded a second sixteen-year retrospective exhibit, this time at the Mabee-Gerrer Museum of Art.  In the twenty-eight page catalog published to celebrate this event, there were such quotes as the following from imminent scholars, critics, and art directors: 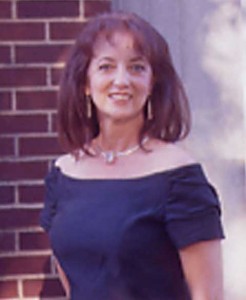 Glenda at her Retrospective exhibit in 1998

Accolades and reviews from her 1998 Retrospective Exhibit.

“Her color theories are fascinating and the paintings are very accomplished and impressive works.” — Natalie Spassky, Associate Curator of American Paintings and Sculpture, The Metropolitan Museum of Art

“We pay you a compliment with these wonderful portraits.” — J. L. Cleveringa, Assistant Keeper, Department of Paintings, Rijksmuseum

“You have an outstanding ability to capture the outward appearance and the inner spirit. …” — Franklin W. Robinson, Director, Williams College Museum of Art

Stylistically, the nineties would unfold in four stages: