Not often can we view an artist’s career stretching for more than a half century—especially when it is still being created, and more than that, still making headway toward its pinnacle of innovation.

There is a signatory quality throughout Glenda Green’s body of work, within a great variety, richness, and technical mastery of her many subjects. Perhaps the longevity of her career is due largely to the range and success of her many interests, breadth of intelligence, and personality. She has been a true Renaissance woman, with accomplishments not only in art, but also art history, science, philosophy, literature, spirituality and theology. For many artists such a spread of involvement could have resulted in eclecticism. For Glenda it brought elasticity of vision, dimension, and dedication that is ever fresh and timely. 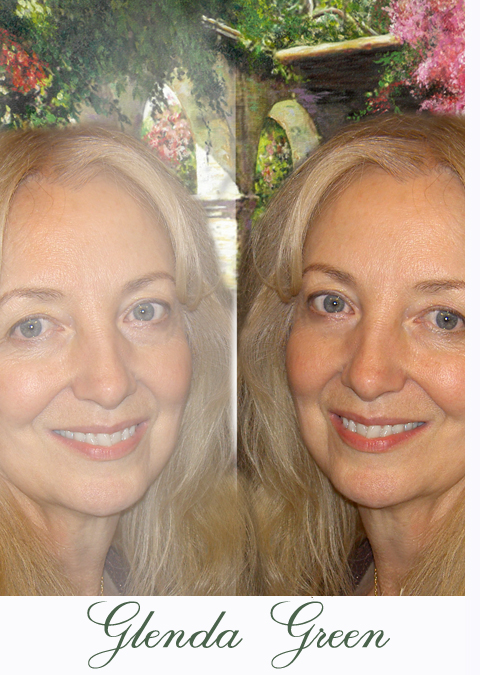 Before she was thirty she had been exhibited at the Metropolitan Museum of Art in New York City and had a painting acquired for the permanent collection of the Smithsonian Institution. Her style, subjects, and media for every decade were the natural consequence of challenges, accomplishments, and environments unique to each period. Through the years of evolution a consistent artistic personality has always been at the core of her creativity. We look forward to presenting the story in pictures, text, reprinted articles and recorded media.

In reflection of five decades, from the time she first put brush to canvas, Glenda Green’s work exhibits a remarkable range of accomplishment.

In all of her paintings we see visual discernment, and standards of quality set by the greatest artists of all time. Regardless of the subject or medium, her work is marked by sophisticated composition; adept orchestration of color, light, and brushwork; with great depth of symbolic communication, allegory, metaphor, and visual syntax.

With paintings in such important collections as the Smithsonian Institution, the Museum of the City of New York, Williams College Museum of Art, and the State Art Collection of Oklahoma, Glenda Green has for many years been considered one of America’s finest realist oil painters. Her thriving and extensive career began in 1967 when she graduated magna cum laude with honors in painting from Texas Christian University. Continuing in her academic preparation, she obtained an M.A. in art history from Tulane University in 1970. There she held a three-year Kress fellowship, taught art history on the faculty, and was curator of collections for the Newcomb College art department. During a portion of this period (1968-69) she worked at Fort Worth’s Kimbell Art Museum as Research Assistant to the institution’s first director. These extra dimensions of preparation and competency have added great breadth to her painting career, which began to seriously flower by 1970. By the time she joined the art department of the University of Oklahoma in 1972, she had established herself–among many of the nation’s leading scholars, critics, and museum officials–as one of the world’s foremost portrait painters and realists.

As her creative style emerged into full character, it was marked by intuitive exploration, profound subjective feeling, evocative color, and exquisite craftsmanship. Starting in 1980, her prints were published and distributed by Bruce McGaw Graphics of NYC, through which they were established in the national and international marketplace. Today, her original paintings are housed in major collections throughout the United States.

Her preferred medium is oil painting, although she has received many outstanding reviews for her work in pencil, pen, and lithography. Her subject matter has ranged from portraiture, to interpretive figure studies, to landscape, and still life. In all of it, she is a master of composition, color, and light with a superb technique that includes both detailed realism and expressive brush work.

Over 20% of her past work is now owned by public museums. For information about what may be available from private collections please contact one of our galleries or representatives here.